If you’re looking for new books to add to your collection here are some of the best Japanese authors whose work you have to check out! Japan is the birthplace of the world’s first novel. Japan has also given birth to three authors who have gone on to receive the prestigious Nobel Prize for Literature.

Japan’s literary depth is magnificent, right from classical Edo poets to modern authors and creators of the beloved manga. Reading Japanese novels by some of the best Japanese authors will give you an in-depth experience of human emotions.

Here are some of the best Japanese authors that you should consider.

Ogawa is a diverse writer, who today is one of Japan’s most influential and famous authors. She writes in different genres, right from dystopian and family drama to gothic horror. Her books can be broadly and comfortably categorized into these different genres. And no matter what genre she writes, she proves that she is the master of the particular genre. Each of her books tells a gripping tale, which once started will be hard for you to leave.

Ogawa has won one of Japan’s most coveted literary awards, the Akutagawa Prize. She is also the winner of the Shirley Jackson Award.

One of her most successful books, which has been translated to English by Stephen Snyder, is The Housekeeper and the Professor. It is a novel written from the perspective of a housekeeper and a single parent. She has been hired by an aged mathematics professor who shows her the magic and intrigue of mathematics. While the novel is not a love story, it unfolds love in all its forms.

Best Seller: The Housekeeper and the Professor

If there is one Japanese author who needs no introduction, it is Haruki Murakami. Chances are that you have definitely heard his name. Murakami is well-known all over the world and is as much a household name in the West as he is in Japan. This beloved author writer surrealistic, off-kilter stories with themes such as cats, lost women, jazz music, and parallel worlds.

The novel that is considered to be one of the best by Murakami is Norwegian Wood. It is a bestseller that is also one of the author’s most grounded and less surreal of novels. The novel acquaints us with the story of a university student who falls in love with two women. The first woman is the girlfriend of the friend who took his own life, and the other woman is an eccentric lady who does what she likes.

The most accomplished novel of Murakami is The Wind-Up Bird Chronicle. It is the story of a helpless man who first loses his cat and then his wife. In order to find her, the man must climb down to the bottom of an empty well and find his way to a parallel world.

Kawakami is one of Japan’s excellent writers; she understands the relationships between ordinary people. The relationships may be romantic, platonic, professional, or familial. She swerves between these relationships seamlessly throughout her novel. Her tools for writing novels that stay close to our hearts are love and friendship. With these tools, she crafts some of the greatest stories of her time.

One of Kawakami’s most celebrated novels is Strange Weather in Tokyo. It is a tale that is filled with gripping romance. The captivating book cleverly uses romance to weave a theme of post-war and pre-war Japan.

There is quite a lot to this author, and one may never know where to begin when discussing him and his life. This larger-than-life author was a radical far-right political activist who believed in returning Japan to its militaristic past. He was such an ardent believer of this notion that he attempted a coup against the government. However, he failed in that mission spectacularly and it led to him committing seppuku.

The one book that is a perfect reflection of Mishima’s views and mission is The Sailor Who Fell From Grace With The Sea. This is a short novel that describes the story of a young man who watches his mother falling madly in love with a sailor. At first, the boy is inspired by the masculinity of the sailor, however, this admiration later turns to hatred as the sailor abandons the sea for love and peaceful life. The story reflects the radical mindset of Mishima.

Best Seller: The Sailor Who Fell From Grace With The Sea

Tawada is a unique Japanese author who currently resides in Germany. She is a multilingual author who has successfully penned down books in both Japanese and German. She is one of Japan’s finest authors who has the uncanny ability to write abstract novels. These novels feel both distant and entirely relatable in today’s modern world.

The book that brought success to Tawada was Memoirs of a Polar Bear. The tale follows the story of three bears. One of them escapes Soviet Russia, the other is a circus bear and the daughter of the first bear, and the third bear is a baby born in Berlin Zoo.

Murata only has one novel to her name, but she still makes it to the list of the best Japanese authors. Yes, there is something quite special about this author. Murata spent most of her adulthood writing fiction while working part-time at a Tokyo convenience store. The novel that gave her a breakthrough in 2018 was Convenience Store Women. This book was a global success and it made her one of Japan’s best modern authors.

Convenience Store Women is partly based on Murata’s own experiences. It tells the gripping story of a woman in her late thirties. The woman has spent most of her adult life working in a convenience store. It is a work of genius that portrays corporate Tokyo. It also points out the ladder of success that young Japanese people are expected to climb. This book gave Murata the success of being an internationally acclaimed writer.

Kirino is Japan’s most powerful and respected feminist author. Her works have a brilliant and clever tone to it. Her books are sometimes savage and sometimes have subversive takedowns of the patriarchal norms of Japanese society. She has played a vital role in becoming the voice of feminism in Japan.

Her novel Out is probably one of her most scathing attacks on patriarchy. It is a story about a small group of women factory workers. The story tells us about one of these women who gets tired of her life and so murders her disgrace of a husband. She then seeks the help of a colleague in hiding the body and getting her freedom.

Yasunari Kawabata is a winner of the Nobel Prize in Literature. He is a writer who forms a bridge between classical Japanese authors and contemporary writers.

One of the most famous works by the author is Snow Country, which is actually a dense and beautiful novella. It is a romantic story of a man who flees Tokyo and goes to the Japanese wilderness to meet a beautiful geisha he is in love with.

Oe is another of Japan’s most lauded authors who is also a Nobel Prize winner. He has books to his name in which he talks about the changing landscape of Japanese society and troubled family drama. These books have become a huge part of people’s lives.

The Silent Cry is a masterpiece that has the above mentioned themes in one. It is the story of two brothers who belong to a quiet Japanese village. They part their ways, with one going to Tokyo and the other flying off to the US. However, these brothers unite under troubling circumstances pertaining to their ancestral home.

Yoshimoto is one of the best contemporary Japanese writers, who writes stories that are far ahead of their time. She writes about things and stories that have never been seen in the works of her contemporaries.

Kitchen is an intense novel; it is a lifelike tale of a young love that is set against the backdrop of death and the threat of death. There are two protagonists in the story – one of them is an orphan while the other one only has a father, she has lost her mother.

If you have well-sized pores (like me), give this one a chance

A good read is essential to a sane life…

These were some of the best Japanese writers who are loved and respected around the world. These authors are known for their captivating stories that have strong undercurrents. So, the next time you decide to order books, do keep in mind these fantastic authors and their gripping works. Sitting with these books will give you an empowering feeling that nothing else can. So go ahead and enjoy these wonderful Japanese authors. Happy reading to all of you! 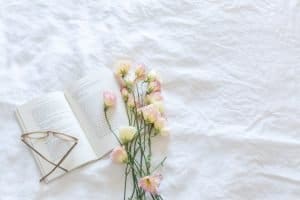 Here are the best Japanese authors and their best sellers that you just have to get!

Product Brand: The Housekeeper And The Professor By Yoko Ogawa