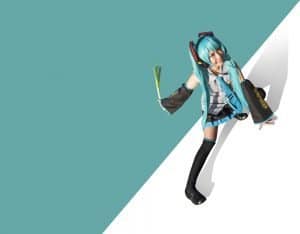 I absolutely love Japanese anime and here I've made a list of best Japanese anime of all time so you can enjoy too! I've listed down some of the best anime created ever.

I absolutely love Japanese anime and here I’ve made a list of best Japanese anime of all time so you can enjoy too! I’ve listed down some of the best anime created ever.

My personal favorite obviously is Death Note- the best anime of all time!

I love sitting in front of my laptop binge-watching anime series. I had never watched an anime series until a cousin introduced me to this world. Since then, I have not been able to stop myself from exploring deeper.

Anime, as it is widely known, is the Japanese term for animation. It contains all types of media that are hand-drawn and animated using a computer. Anime has its fan base spread across the globe.

There are anime-based cartoons, shows, as well as games that people all over the world enjoy. Remember the Dragon Bal Z series that you loved so much!

We have all watched at least one episode at some point in our life.

Whether you are a die-hard fan or just starting on the anime journey, you will enjoy this guide to the best Japanese Anime of all time. You cannot miss out on any of the series on the list.

Start your anime journey today with these recommendations that I have put together.

Death Note is a captivating series, which first came out in the form of a manga. The original manga series, published from 2003 to 2006, contains 12 volumes and 108 chapters. The anime series was built from the original manga version and includes 37 episodes.

The protagonist of Death Note isn’t like the good guys we are accustomed to seeing in other series. It is a dark series and goes to places where no other anime series has ever dared to go. The storyline and its characters make this series enthralling and captivating.

In the series, we have the God of Death – Shinigami, who can kill any person just by seeing his or her face. When Shinigami has killed a victim, he notes down their names in the Death Note notebook.

Yagami does not know how the notebook works. However, he makes a good guess and writes the name of a criminal in it to test it out. The criminal, whose name he writes in the notebook, immediately dies, and he realizes the power of the lethal weapon he has in his hands.

With this knowledge, he decides to rid the world of criminals with the help of this notebook. He starts eliminating the criminals, and people start worshipping him. However, the police believe that there is a serial killer who is targeting criminals. The police try to arrest him with the help of an eccentric detective by the name of L.

Now isn’t that a killer story? This is why I absolutely love watching Death Note on repeat and is definitely the best Japanese anime of all time.

A revolutionary anime, Attack on Titan – Shingeki no Kyojin, was voted the Best Action Anime by Ranker. The original series came out in 2013, and the second one came in 2017, while the third series aired in 2018.

Story of Attack On Titan

The fantastic anime series revolves around a young man called Eren Jaeger. He vows to destroy and eliminate all giant humanoid Titans roaming the earth. His enmity with the titans is a result of them destroying his hometown and killing his mother.

The series has captivating imagery, a wonderful storyline, and an atmosphere of utmost suspense. These factors make this series unique and so, is loved by all fans of anime.

This one is also one of my favorites which is why it’s in this list of best Japanese anime of all time.

Anime is not just for kids and Fullmetal Alchemist: Brotherhood proves this. If you are an adult who wants to explore the brilliant world of anime, this is a great place to begin.

The first series of Fullmetal Alchemist was partially based on the incomplete manga series by Hiromu Arakawa. The Brotherhood series, however, was made after the manga series was completed. The series has 65 episodes that are all so engaging.

The storyline follows the life of two disfigured brothers, Edward and Alphonso. These brothers wish to resurrect their dead mother and to restore themselves to a healthy form. For this, they go on a quest to improve their training of alchemy.

One of their alchemic experiments for resurrection goes wrong in which, Edward loses his leg and sacrifices his arm to preserve his brother’s soul. Alphonse turns into body armor, and Edward takes his soul on him.

Edward then travels to the city with his other brothers to become a Fullmetal Alchemist. He proceeds to search for the Philosopher’s Stone that will give him an immense load of powers.

The story progresses in such a way that it will keep you hooked.

#4 — Naruto – One Of The Most Successful Anime

If you heard of anime and manga before, chances are you have probably heard of Naruto. It’s regarded as one of the best Japanese anime of all time in history anime.

In the history of manga, Naruto holds the prestige for being the third-best in the industry.

There are over 235 million copies sold of Naruto in over 35 countries. Now that is a feat you cannot question!

Naruto is a bildungsroman, which means it is a coming of age story. The story narrates the life of Naruto Uzumaki, a child ninja who wants to receive popularity and recognition.

The captivating story is divided into two parts. The first part of the story deals with an adolescent Naruto, whereas the second part narrates the story of Naruto as a teenager.

This popular anime series has a total of 220 episodes.

The amazing rollercoaster journey of the Dragon Ball series started with this one. Dragon ball is the first in the series, and it was because of this that the franchise grew to become a giant that it is today. It is not only the first but also the best in the entire anime series.

The story of Dragon Ball revolves around a good-natured man called Gokuu. He is exceptionally strong and lives alone in the woods.

He meets a girl called Bulma who takes him along with her. They both go on a hunt for seven dragon balls. The dragon balls, when combined, can grant any wish.

Gokuu is already the owner of one dragon ball and Bulma wishes him to accompany her to search for the rest. They meet two more people during their journey – Muten-Roshi and Kuririn. Both of these people join Gokuu and Bulma in their quest.

Gokuu trains with them for the World Martial Arts Championship.

The series has everything from funny moments to action scenes. With 153 episodes, Dragon Ball is a classic that still manages to grab the hearts of millions.

This list of best Japanese anime of all time would be incomplete without Dragon Ball Z.

There is no ounce of doubt that Dragon Ball Z is probably the most popular anime series ever. It has captured the hearts of millions of anime lovers all over the world. Dragon Ball Z is a sequel to the original Dragon Ball series.

Raditz tells Gokuu that he is a warrior from another planet. Gokuu was sent to the earth as a baby to destroy and conquer it. However, as a result of a head injury, he lost his memory and forgot about conquering earth. Instead, he became a good person.

The real action starts after this incident. Gokuu and his friends start facing threats from extraterrestrial beings.

As an anime enthusiast, you must not miss out on the Dragon Ball series.

Naruto series is a huge deal and has a big fan base across the globe. Naruto Shippuden is the sequel to Naruto and aired from 2009 to 2011.

Naruto Shippuden continues narrating the story of Naruto Uzumaki. He is a ninja who wishes to become the strongest ninja and leader in his village. The series begins two years after Naruto leaves Konohagakure. He went to get intensive ninja training.

The Naruto we see in Naruto Shippuden is older than in the Naruto version. However, the only difference we see in Naruto is his increased confidence. He puts his heart and soul in every fight, only because he wishes to become a leader.

The characters, including antagonists, of the series are magnificent. The wonderful storyline and the characters make this series so popular amongst anime lovers all over the world.

What Is The Number 1 Anime Of All Time?

I am sure that you cannot wait to get started with the series mentioned here. Whether you are an anime enthusiast looking for more options, or a newbie who wants to start from somewhere interesting, I hope this guide was of help.

Start watching any of these series to see yourself diving deeper into this world.

Konichiwa! My passion is in writing. I love to review japanese products which I have been using all this while.